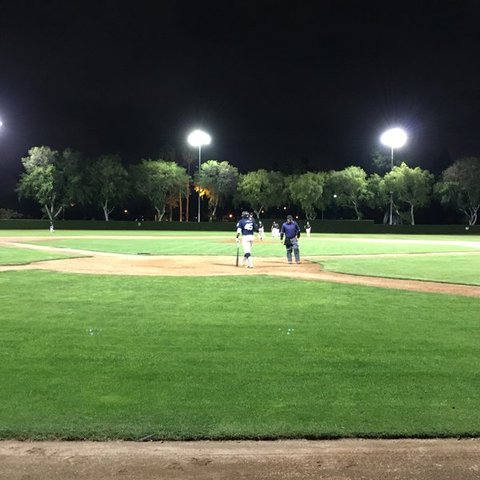 Week 2 Preview: With wet weather shortening much of the week 1 schedule, many teams are eagerly awaiting a chance to compete this weekend as week 2 of the ABCL spring season commences. See below for a mash-up of the ABCL exciting week 2 schedule.

Saturday 3/12 D1: Baseball Club Long Beach will kick off the action visiting the Highlanders Black for a double header beginning at 11:00 a.m. at Alta Loma High School. Both teams are 1-1 and are looking to get their weekend off the ground with a couple of victories.

Just down the road in Ontario at Jay Littleton Ballpark, both CBA Bulldogs Navy (12:30 p.m.) and CBA Bulldogs Gold (2:45 p.m.) will host Impact Player Baseball. With a 3rd game between both CBA clubs beginning at 5:00 p.m.

Closing out the Saturday affairs takes us to Orange County for a double header under the lights (5:00 p.m. start) at the beautiful Boysen Park in Anaheim. There the Highlanders Maroon (2-0) will take on Signature Baseball Academy (0-1-1) who will be attempting to get their first victories of the young season.

Sunday 3/13 D1: A full slate of games is scheduled for Sunday on the D1 side. Action begins at 10:00 a.m. with the So Cal Halos hosting a double header vs. CBA Bulldogs Navy at Arcadia County Park. This will be the Halos first action of the year and we look forward to seeing what they will bring to ABCL D1 action this spring.

Another double header between two talented clubs will take place at Long Beach City College (12:00 p.m.) where Baseball Club Long Beach will host Highlanders Maroon. Both teams feature talent throughout their line ups and pitching staffs. Surely this should be a great match-up to watch.

Closing out the day will be four games at Jay Littleton Ballpark in Ontario. The ballpark will feature two separate double headers.The first will feature Highlanders Black hosting SBA for a 12:15 p.m. start.The second double header affair will feature CBA Bulldogs Gold hosting Pickup Game at 4:30 p.m. This will be Pickup Game's first action of the year and will be an entertaining way to close out a busy weekend in the ABCL's 1st division.

Sunday 3/13 D2: The D2 schedule will feature So Cal Victory and IPB Zinger Bats in a rematch of a double header that resulted in a split. Both teams will be eager to continue the battle against this early familiar foe. This double header will begin the busy day at Jay Littleton Ballpark in Ontario at 8:00 a.m.

For Game 7 and the Highlanders ABCL action will begin in another early double header. The Highlanders will host Game 7 in a 9:00 a.m. start at Claremont High School.

A similar story for both GBG and Hardnose Baseball as their seasons will kick off with a double header against each other beginning at 10:00 a.m. at Cerritos High School.

Good luck to all the teams participating this weekend. Please stay tuned to all league updates, including: pitching match-up information, scores, highlights, and more by following our official twitter @ABCLBaseball.