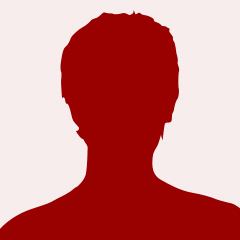 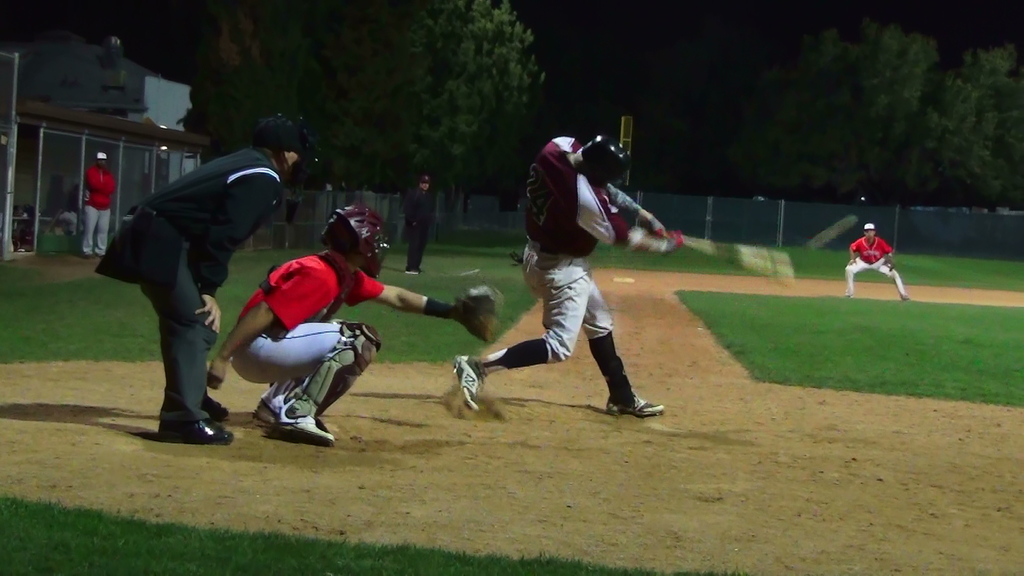 The 4 game weekend was a successful one for So Cal Premier, going 4-0, scoring a total of 49 runs and stranding 27. The defense only allowed 9 runs. Premier hitters faced 13 different pitchers over the weekend and swung the bats very well. Premier traveled to Santa Paula on Saturday to face the So Cal Halos, then back to Encino on Sunday to challenge ATH Valley. 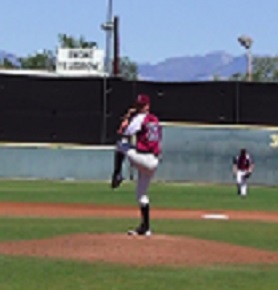 Andrew Frank - (pictured here) RHP/U who picked up 6 H, 1 2B, 1 BB, 1 SCB, 3 RBI and scored 4 R on the weekend also pitched game 3 on Sunday against ATH Valley. Frank pitched a complete 7 inning game, facing 24 batters and only allowed 2 hits and no runs on 80 pitches. He did a great job of keeping the ball down in the zone, striking out 6 and getting 10 batters to ground out.

Nate Dewsnap - RHP who attends Fullerton College and is a PO, who made the trip to pitch one game against ATH Valley on Sunday afternoon. Dewsnap pitched a complete 7 inning game, struck out 6 and allowed only 1 earned run.

Justin Lawler - RHP who attends Mt. San Jacinto College, drove up to Santa Paula just to pitch one game and return right back home the same night for work the next day. Dedicated to his team, he starting off the weekend pitching the first game against the So Cal Halos. Lawler shut the Halos down for the first 5 innings, allowing no hits. Throwing 87 pitches and striking out a total of 8 batters over 7 innings he allowed only 2 earned runs. As a speedy pinch runner he picked up 3 R.

Jacob Boney and Cole Bacon took care of game 2 against the Halos. Boney went 5 allowing only 2 earned runs and 2 hits. Bacon closed out the game, pitching the last 2 innings and allowing zero hits and no runs.

All in all it was an impressive weekend for So Cal Premier's defense and offense.